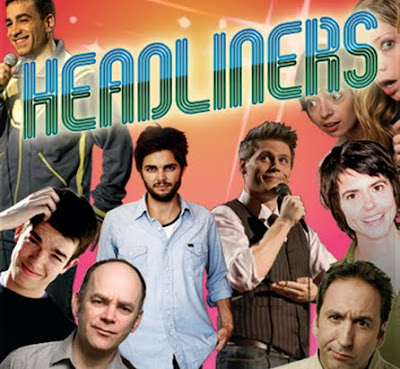 A new initiative at this year’s Comedy Festival, Headliners features a rotating triple bill of comedians, reflecting American comedy traditions, where individual 20 minute sets rather than one hour shows are the norm.

Opening Saturday’s proceedings was Todd Barry, a master of the Pinteresque pause, whose dry wit occasionally baffled the crowd but whose material – ranging from the enviable ability of Swedes to create new English words, through to a gag about lemongrass-scented deodorant – was always incisive.

Next was the endearing John Mulaney. His professed fear of possums resulted in a protracted exchange with the audience and generated gales of laughter. Mulaney’s observations on pop culture, from the success of Avatar to a childhood jukebox incident, were equally well received.

Making his debut, rockabilly comic Greg Behrendt wrapped up the evening with a splendid series of anecdotes about aging and relationships.

At Headliners, gales of laughter are guaranteed.

Posted by richardwatts at 1:21 pm